The CTA refuses a Waiver - Pinch me !

Stunned, amazed - "pinch me", the Canada Transportation Agency has surprised me!

You see, I started watching more closely the application and decision process of the Canadian Transportation Agency (CTA), several years ago, after my previous vessel was "displaced" by foreign tankers operating between Canadian ports.

For whatever reason, our vessel, its entire crew, and its management lost the work we had been doing for many years, despite being fully licensed, and authorized to carry on, in our respective trade as a product tanker,  between Canadian ports.

The CTA administers request for "waivers" of the Canada Coasting Trade Act - Cabotage laws, similar to many other jurisdictions, such as the Jones Act in the USA. Basically they protect Canadian operators engaged in trade between Canadian ports. This may sound romantic to the average joe - the government protecting Canadian workers, but actually it not even close to that.


The purpose of the Coasting Trade Act is to protect the Canadian ship owners - which is great - but that is all it does. When rendering a waiver decision, the impacts to the Canadian marine workforce, local economies in spin off industries, is not at all considered. Not even the lack of taxes - duty or income taxes (etc) not paid to the crown is considered, despite the crown (our taxes as Canadians) that pay for a large part of the marine infrastructure in Canada.

Nope, the only thing considered when granting these waivers to operate a foreign owned / crewed vessel in Canada, is whether a Canadian ship owner is impacted. ...and this is dependent on whether this ship owner chooses to speak up about it. 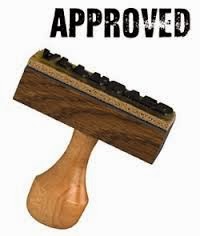 The CTA is pretty much a rubber stamping authority, at least from my perspective. Basically any request made for a waiver is generally granted. This is especially true on the East Coast.

Even with a large and mature "offshore industry", the bulk of the work being done to service Canada's offshore oil reserves is done by foreign owned, and crewed vessel. After all why not, the government seems unwilling to require Canadian content, and a Canadian operator would be foolish to assume protection from such an established pattern.

However the CTA did surprise me a few weeks ago, when it declined a waiver, one of the first I have ever seen. Okay, okay, it was for a pontoon...

So, it's a pontoon, really the most basic of floating structures, but to me, this is a major milestones, because now, we know that the CTA is capable of this type of decision. But it was not an easy win, believe it or not.


CTA Decision No. 68-W-2014, came after Jan De Nul NV, a Belgian dredge operators, involved in part of the Hebron project, requested a waiver to utilized the “TISNIX”, "a Mauritian flagged diffuser pontoon", to use with other dredging assets, in March - April 2014, when floating the Hebron GBS begins.

Quebec City based, Groupe Ocean, through its dredging subsidiary, Ocean Dredging DSM Inc., proposed several of its assets would be suitable, and available, for the job. I imagine there was much surprise in this response.

There was some "back and forth" about the suitability of the equipment Groupe Ocean was offering - and yes, remember, we are talking about a pontoon. Eventually, the CTA's Sam Barone determined that there was a suitable Canadian vessel available, and denied the waiver. The basis being...


The Guidelines provide that the onus is on the applicant to demonstrate that a ship that has been offered is not suitable and/or is not available for the proposed activity. Further, the Guidelines recognize that the Coasting Trade Act does not state that an offered Canadian-registered ship must be “identical” to the foreign ship proposed in the application. The suitability of a Canadian‑registered ship is not assessed in relation to the foreign ship, but rather in relation to the requirements of the activity and whether the Canadian-registered ship is capable of performing the activity.

I am not going to hold my breath that this is some kind of major win for the marine industry in Canada, or that this is the start of a trend. After all, 2013 saw the most amount of waiver applications in at least five years. Applications for waivers have been on steady rise, peaking in 2007, but now catching up to peak numbers.

With this decision we find out a couple of things. That there is a limit, even if it is a simple pontoon, and that, some, in the CTA are able to see this limit.

I don't blame anyone for taking advantage of the system that exist. The system is there, because there is an apparent lack of willingness from Canadian ship owners - except for Groupe Ocean in this case - unions, regulators, or clients, to recognize the importance of protecting the Canadian marine industry. Of course, I think this utter stupidity, and self defeating, but it is what it is.

However, if the government, et al, are unwilling to protect the marine industry within it's borders, then remove these stupid regulations applicable to Canadians seafarers, that keep us from competing world wide. Such things as burdensome and antiquated licensing system, and punitive income taxes for starters. I have no problem competing internationally, as a matter of fact, I welcome it.

I highly recommend keeping track of the decisions and application for waivers. If anything, its really neat to see so many modern ships at work in Canada, without the opportunity to work on them.